The Los Angeles County coroner ruled the 14-year-old girl’s death a homicide after she was shot and killed by a stray bullet in a Burlington dress room, police are set to release bodycam footage on Monday.

The teen, Valentina Orellana Peralta, 14, was shopping for a quinceañera dress with her mother at the store in North Hollywood when she was struck by a stray bullet by an unidentified Los Angeles cop.

The Los Angeles Medical Examiner’s Office has ruled her death a homicide from the gunshot wound to the chest.

Valentina Orellana Peralta, 14, (pictured as a child) was shot and killed in a Burlington dressing room after an unidentified police officer’s spray bullet struck her in the chest 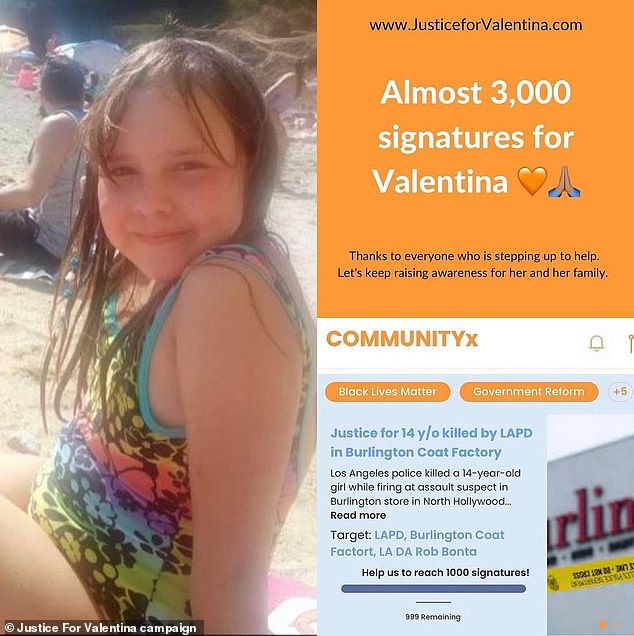 The Los Angeles Medical Examiner’s Office ruled her death a homicide and the LAPD is set to release bodycam footage on Monday (pictured: as a child)